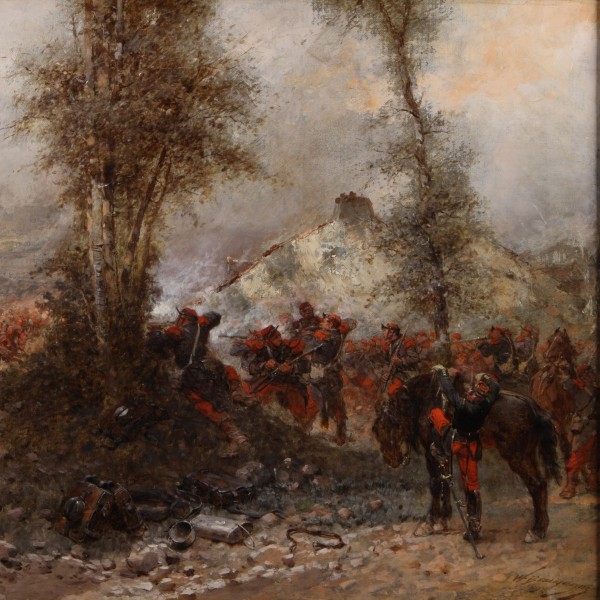 
Wilfrid Constant Beauquesne was born in Rennes France on the 18th October 1847 and died in Montgeron on the 9th October 1913.  He studied at the Ecole des Beaux Arts in Paris. Wilfrid was known for his scenic depictions of war.  He was influenced by his instructors who were both well known military artists - Vernet-Lecomte and Horace Vernet.  He regularly exhibited at the annual Paris Salon between 1887 and 1899, as well as throughout Europe.