Must Try Harder
by William Bromley 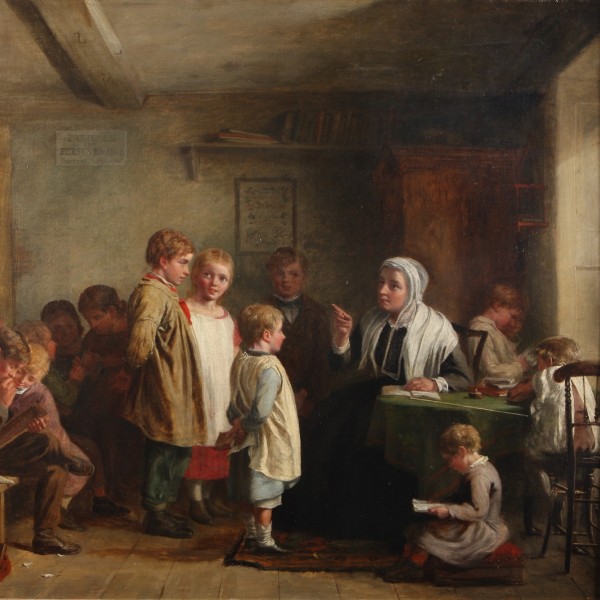 Description:
Must Try Harder by William Bromley.  Signed and dated 1869.  A quintessential painting by this well established British painter showing the realities and discipline of early teaching.

William Bromley was a London historical and genre painter who was the grandson of William Bromley, the engraver. Bromley was a prolific exhibitor at Suffolk Street, where he displayed over 187 works. He also exhibited at the Royal Academy and the British Institution between 1844 and 1870.

Bromley was a clever draughtsman and good painter, who improved upon the landscape genre of his time by means of placing his figures in such a way that the action was concentrated, and the point of his anecdote invariably realised.