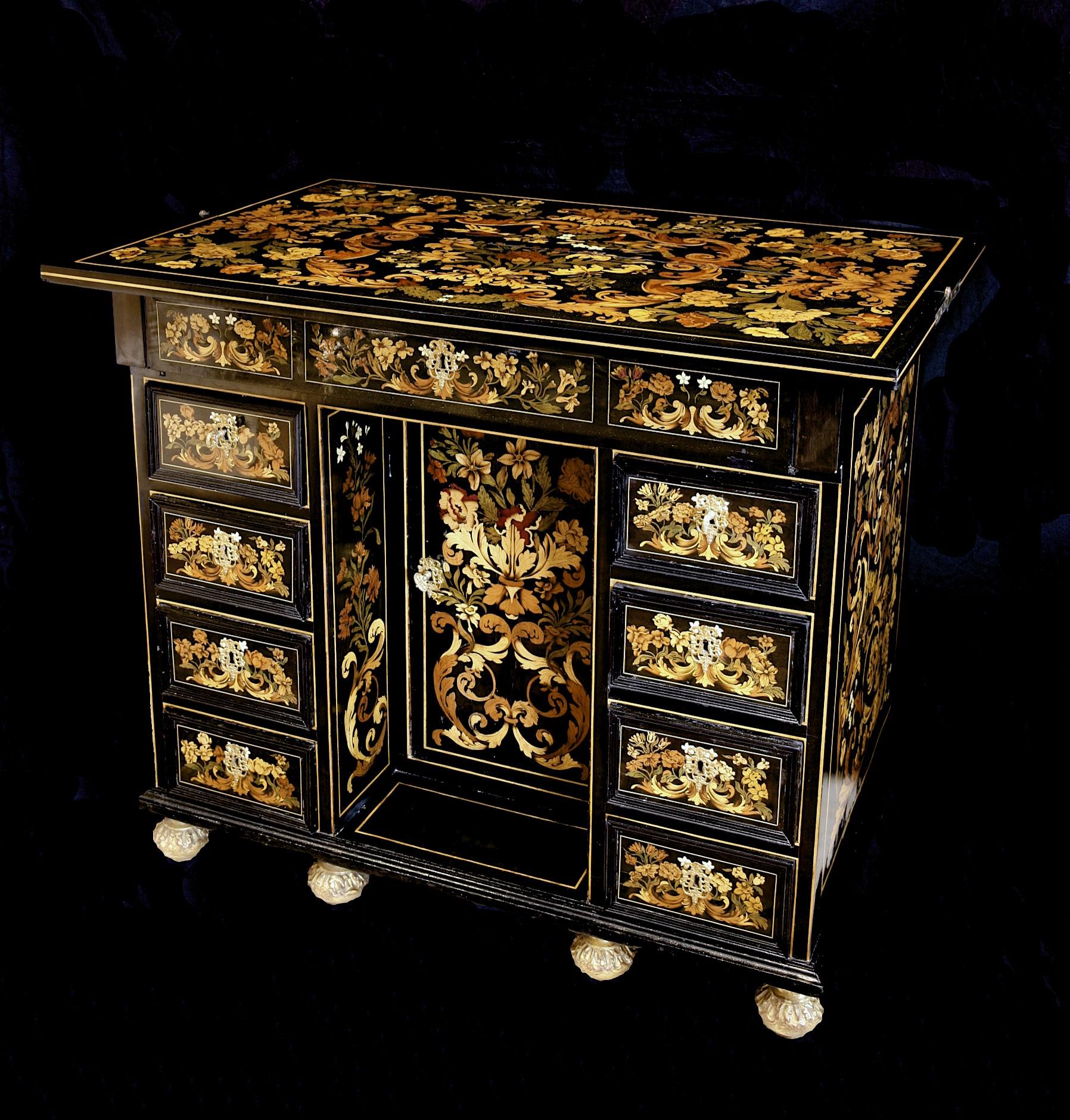 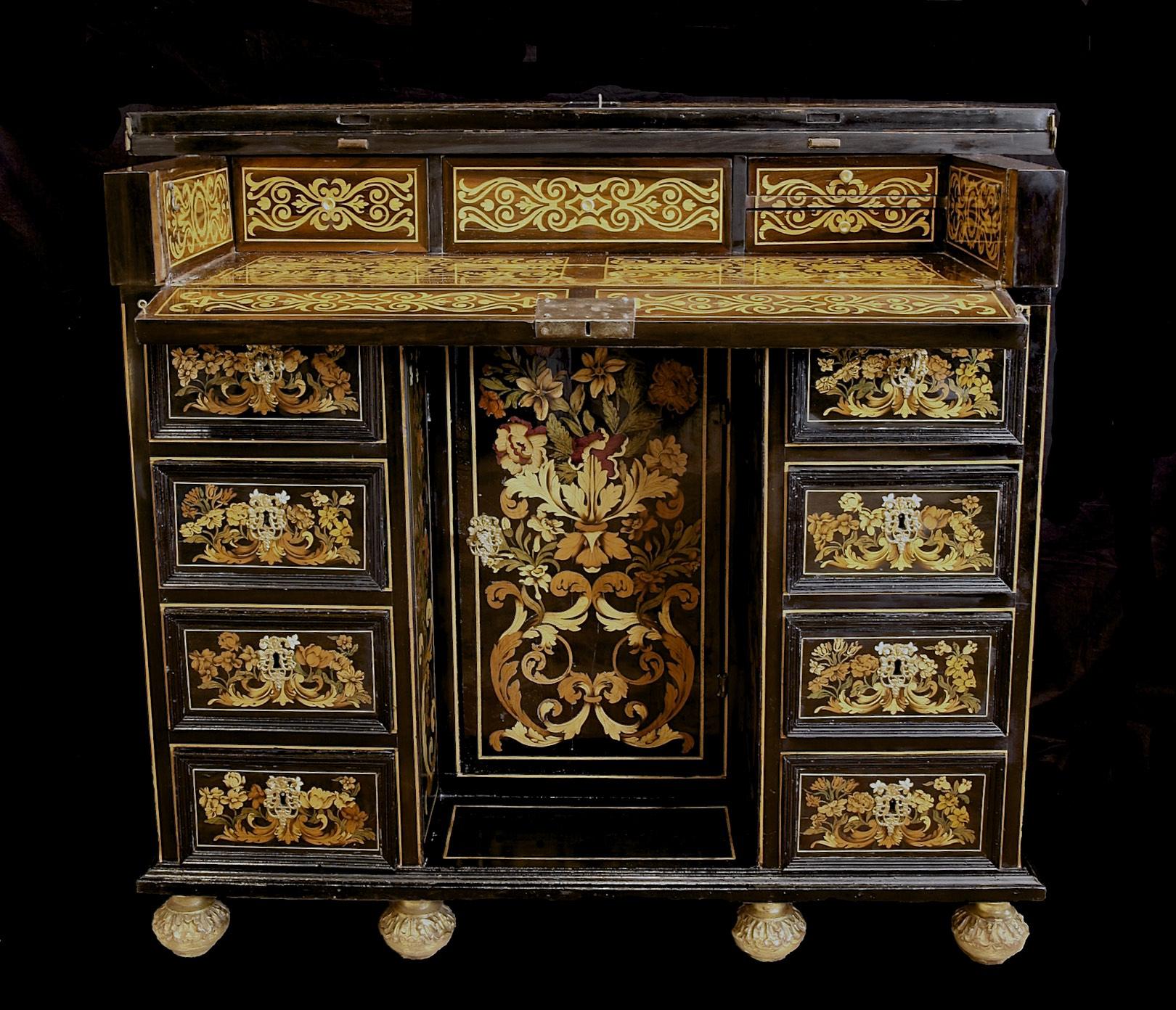 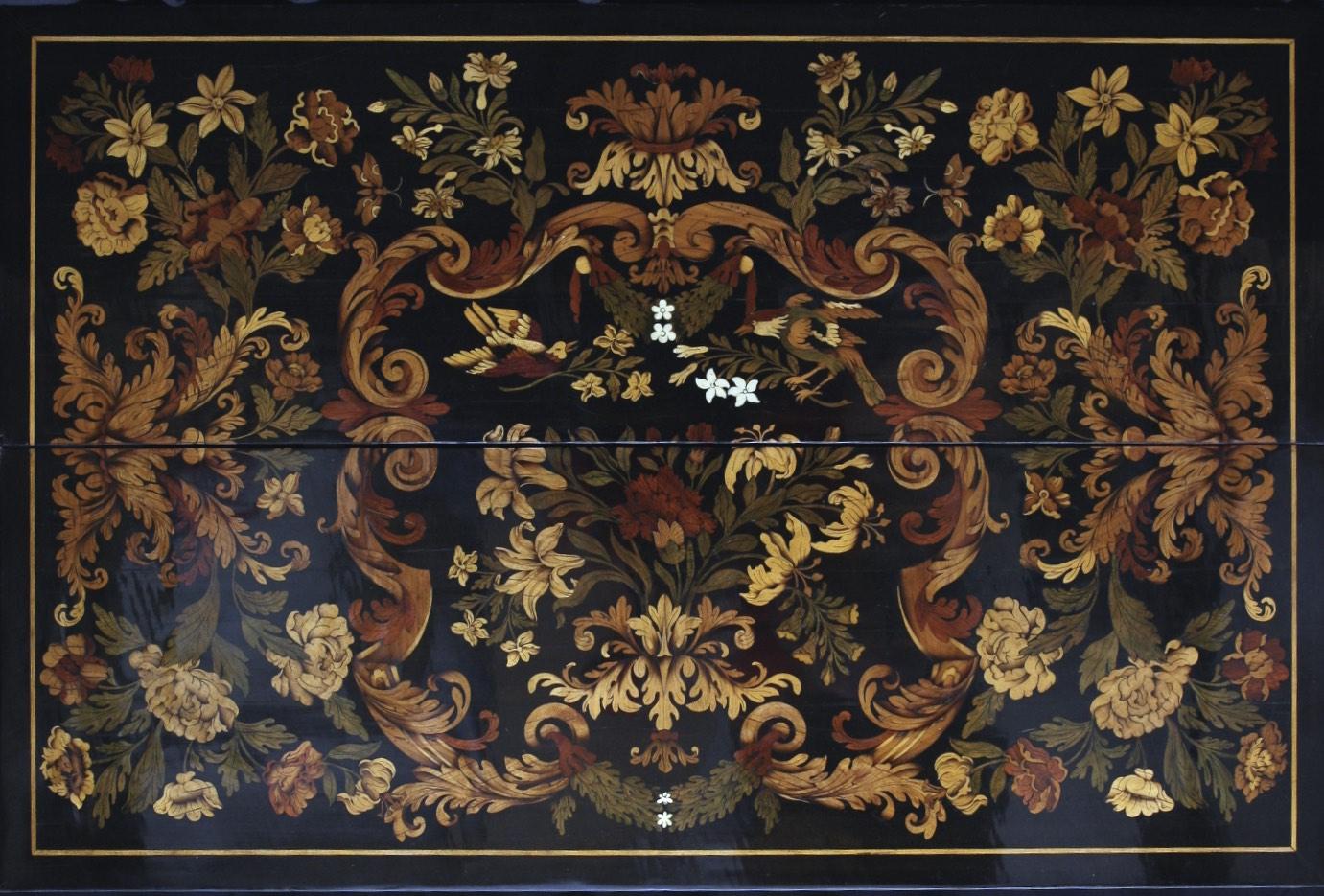 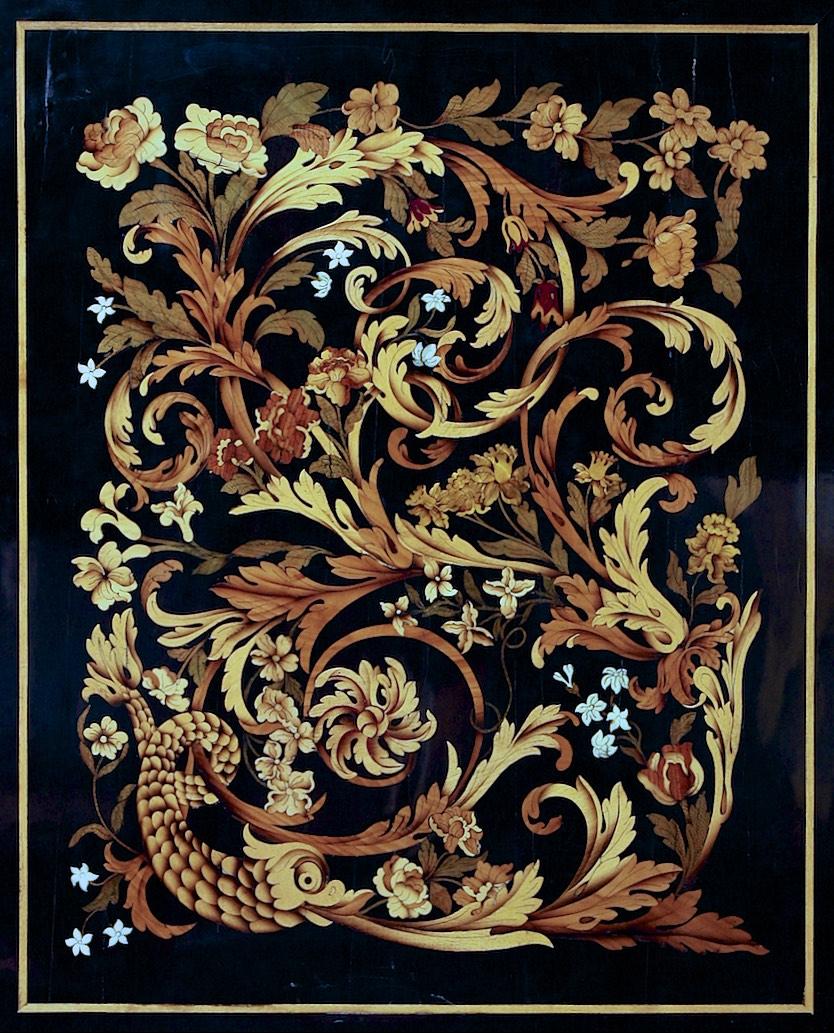 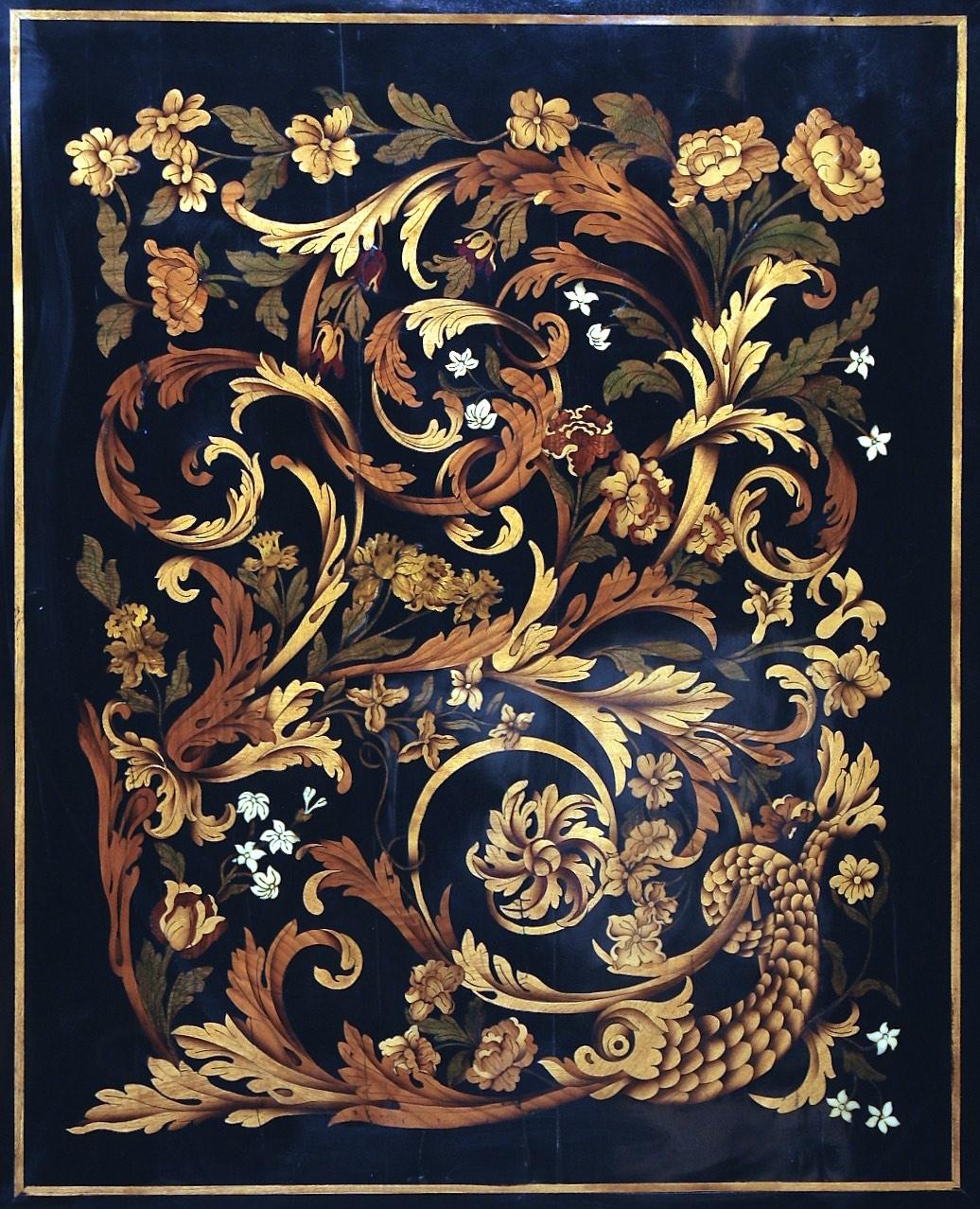 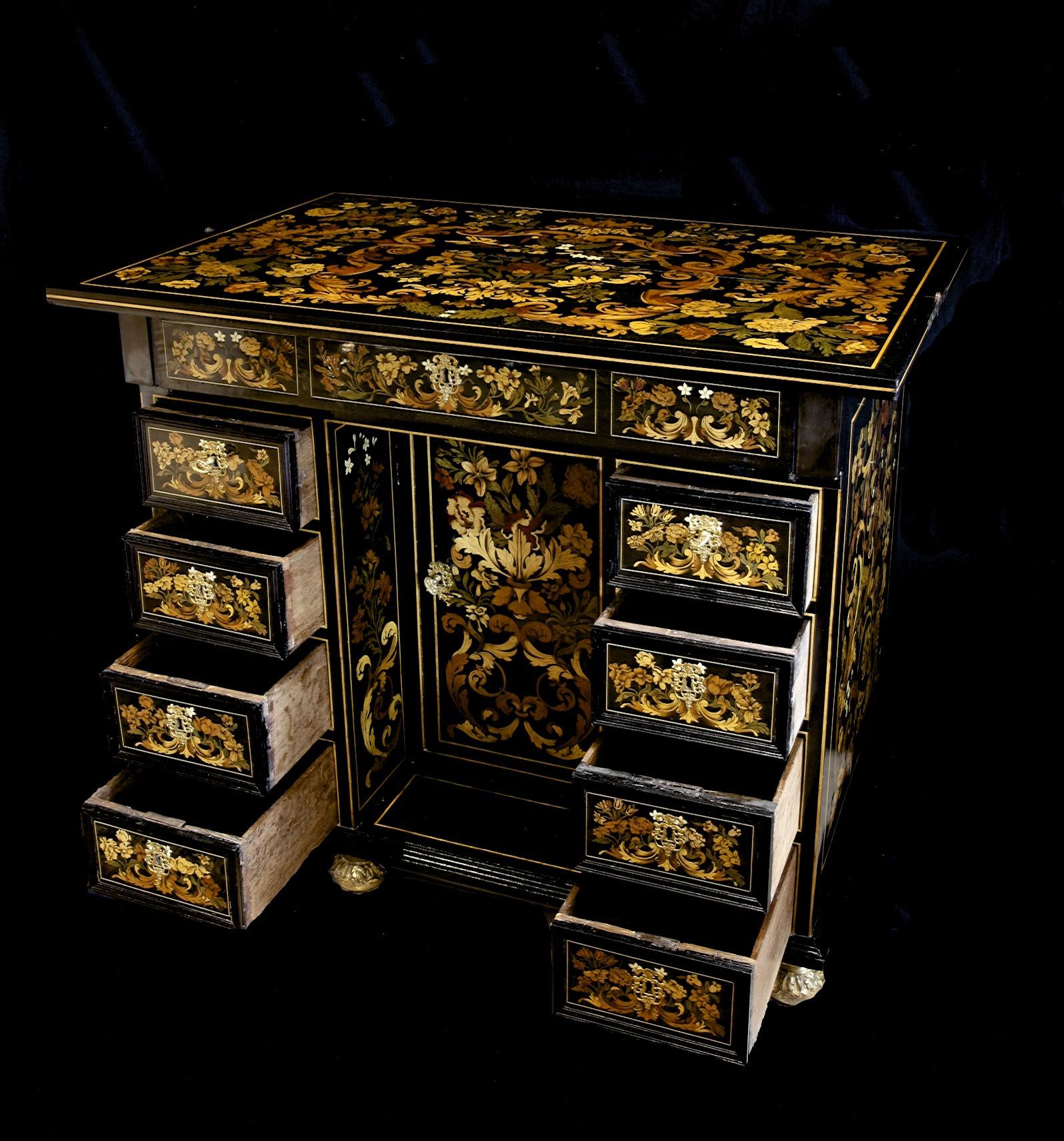 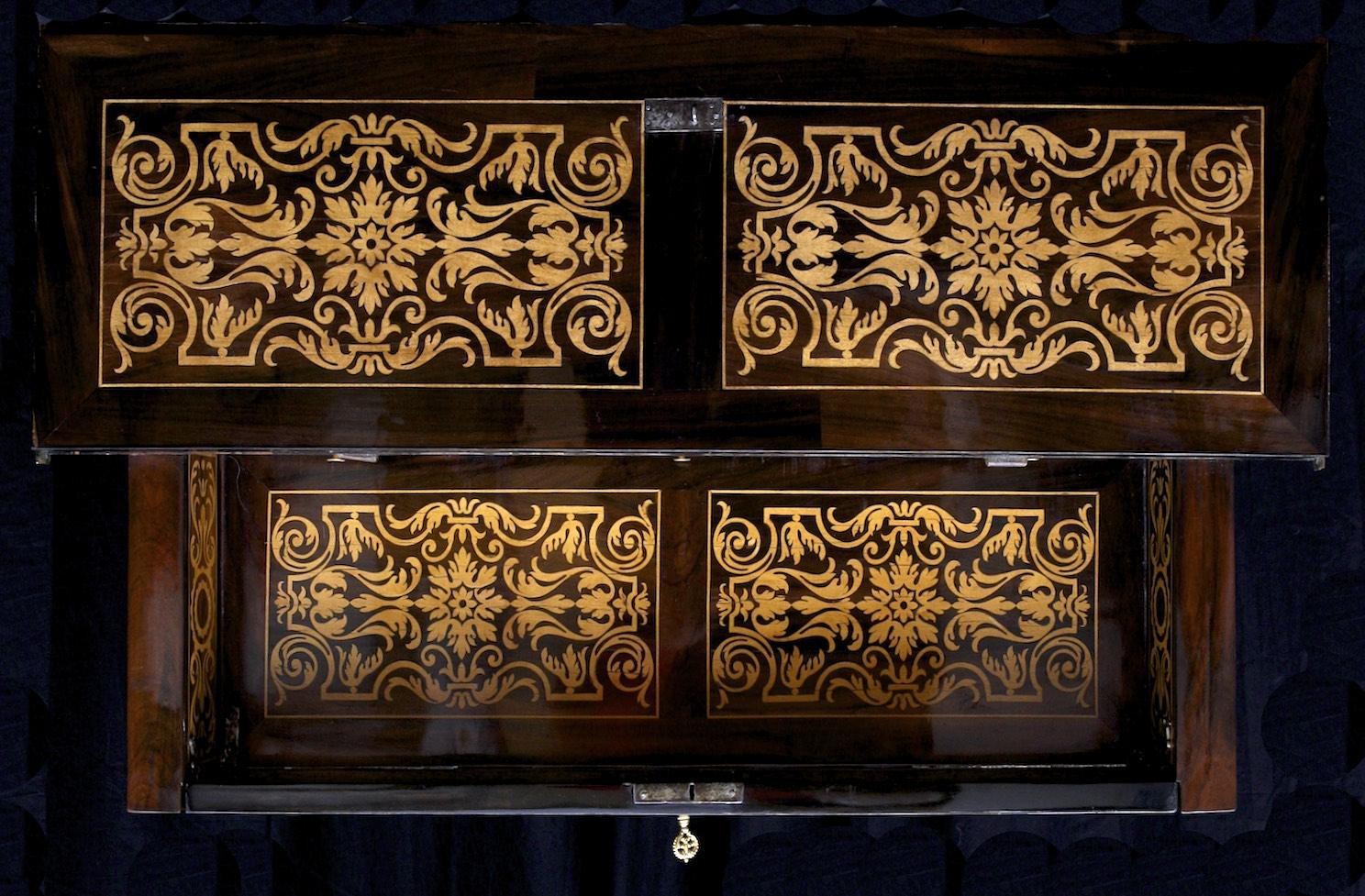 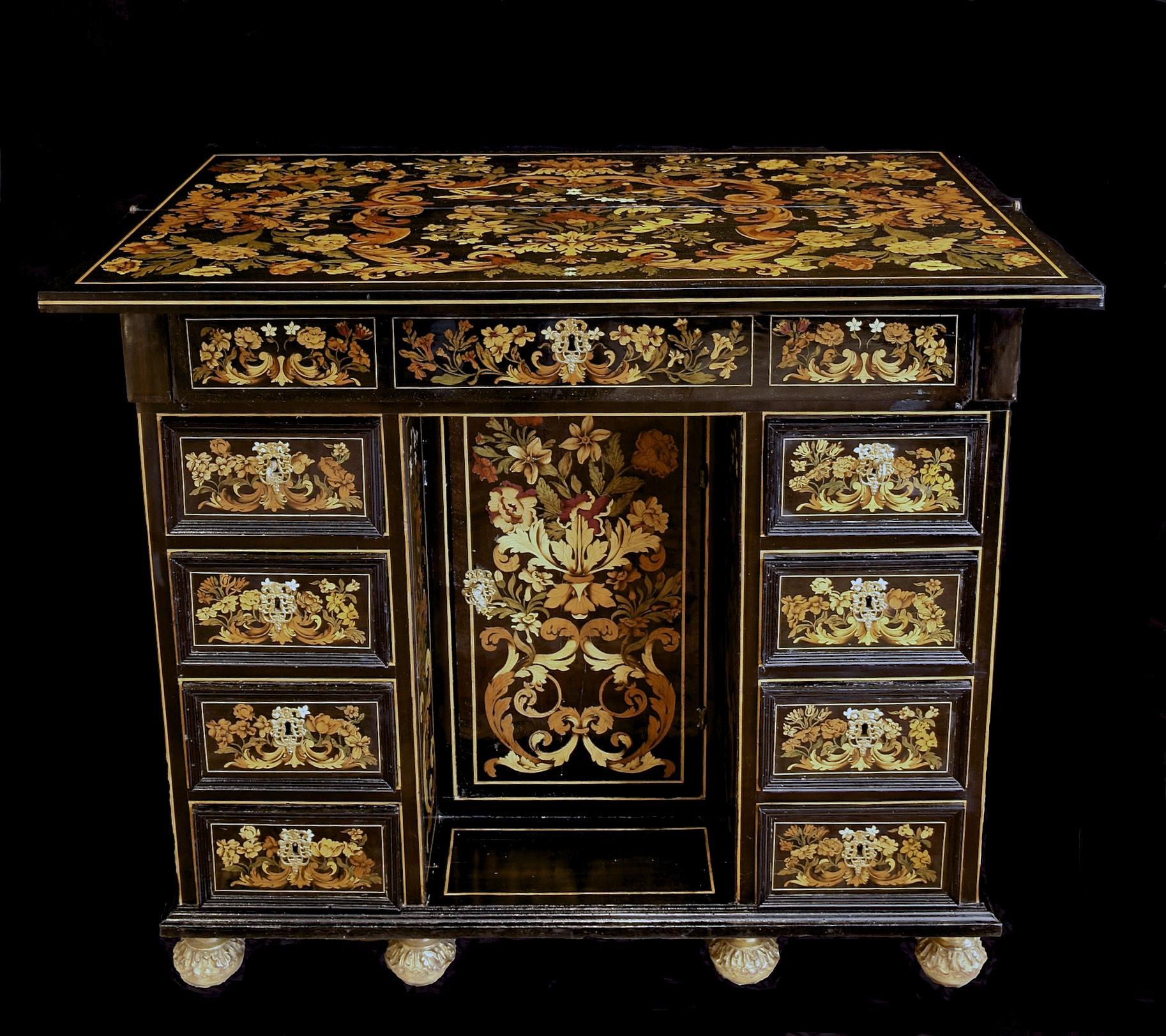 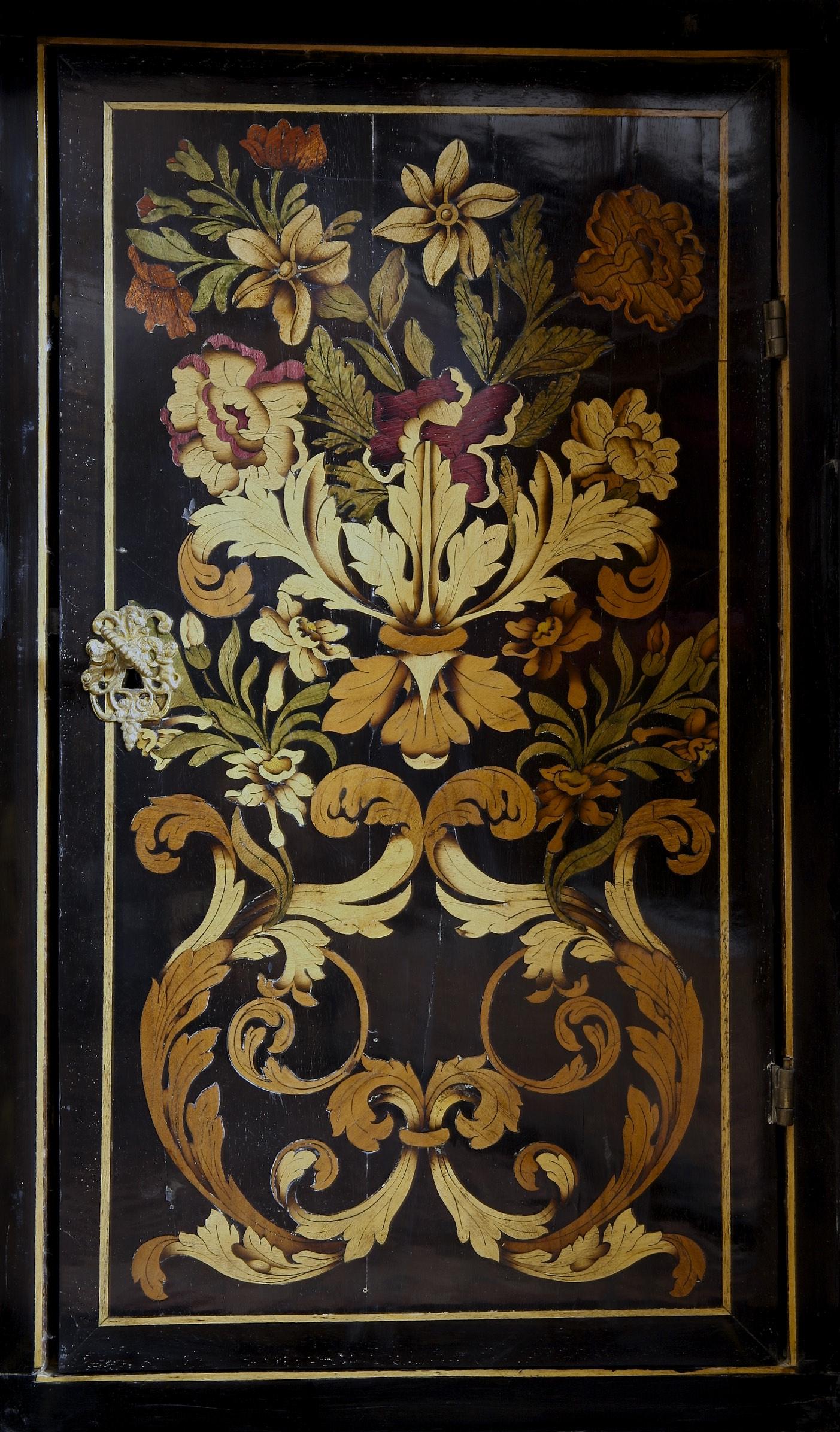 A truly exquisite marquetry desk attributed to renowned cabinet maker Pierre Gole.  Given that the age of this desk is around 350 years old, the quality of this piece is exceptional and the condition and colour of the marquetry is outstanding.

Due to the marquetry dolphins on the side of this piece, it warrants further research.  Th. H. Lansing Scheurleer (the world renowned expert on Gole and quoted by the Getty museum) in his book on Pierre Gole, clearly stated that if a piece had dolphin ornaments or dolphin marquetry, there is no doubt it was destined for the Grand Dauphin Louis, King Louis XV of France's only surviving son.

The Marquis of Charnace was well connected to the royal family and had direct access to the King Louis XIV.

The Bureau came from Cheateux of the Bois Maubourcher near Mayenne in Mayenne (family home of the Marquis of Charnace by decent and by succession of the Marquis de Girad de Charnace.

Born at Bergen  in the Dutch republic , he moved to Paris at an early age. In 1645 he married Anne Garbran, the daughter of his master Adrian Garbran, assuming most of the responsibility for the workshop for her mother after her father's death in 1650. Golle was the originator of marquetry of tortoiseshell  and brass , named for Andre-Charles Boulle , as "Boulle marquetry". The Boulle dynasty of royal and Parisian cabinet-makers endured to the mid-18th century. 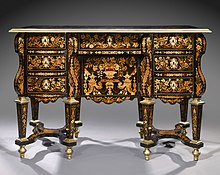 Golle had been employed by Cardinal Mazarin before he was taken under royal protection; from 1656 onwards, Golle is described in documents as maître menuisier en ébène ordinaire du roi ("master ebony furniture maker-in-ordinary to the King"). By 1681 he had a workshop at the Gobelins Manufactory. From 1662 he supplied marquetry cabinets and numerous other pieces of case furniture for the use of the King and the Grand Dauphin at Versailles and other royal châteaux, the most expensive of which were several cabinets delivered over a span of years at the outstanding sum of 6000 lives  apiece. For the marquetry floor of the Cabinet Doré of the Grand Daulphin, he was paid 7500 livres; the dazzling interior was swept away in new redecorations after the Dauphin's death in 1711.

Lunsingh Scheurleer identified as Golle's a table and two guéridons en suite, veneered with pewter and brass marquetry, at Knole House , which were probably diplomatic gifts  made by Louis XIV to Lord Sackville , English ambassador. He identified as from Golle's workshop a similarly decorated desk at Broughton,  Two tripod tea or coffee tables, in première and contre-partie, one in the royal collection, the other in the J. Paul Getty museum have been attributed to Golle by Gillian Wilson.

His name is usually spelt Gole and not Golle (see, for example, "French Furniture Makers" by Pradere)